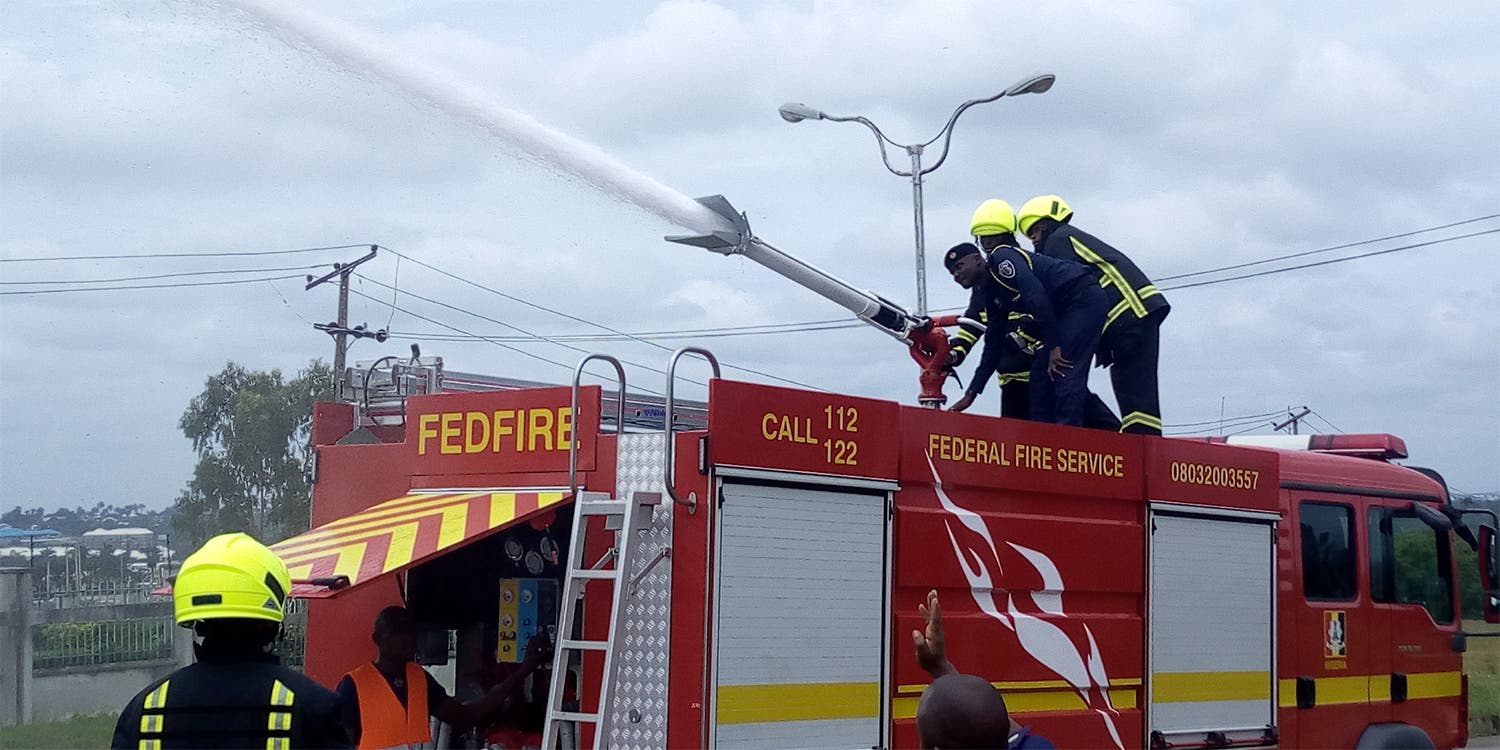 A staff of the Federal Fire Service has died while sourcing funds to pay the medical bill of his wife as the agency continues to owe months of salary arrears.

The staff, who was an Assistant Inspector of Fire, General Duty, died while looking for money to pay the hospital bill after his wife was delivered of a baby.

A source, who spoke with SaharaReporters, said the staff of the Federal Fire Service was forced to borrow a motorcycle from his friend to raise money as the agency was yet to pay two months’ salary arrears.

“He was an AIF in the squad and he died in the last week of October. The wife gave birth and he could not pay the hospital bill.

“He went to borrow a motorcycle from a friend for him to raise some money to pay for the hospital bill and give the wife money.

“Unfortunately, he was hit by a car while looking for the hospital bill for his wife.

“If they (Federal Fire Service) had paid his salary as at when due, he will not find himself in the situation that he is unable to pay delivery fee and a car knocking him to death,” the source said.

Some staff, who confirmed the death of their colleague to SaharaReporters, also said the agency was yet to pay the two-month salary arrears.

They, however, revealed that the agency had credited their pension accounts while the main salary was yet to be paid.

One of the staff at the Abuja office said, “My pension fee for September and October has been paid and we have not been paid the main salary.

“They have not told us the main reason they are not paying our salary.

SaharaReporters had reported that staff of the Federal Fire Service raised the alarm over the non-payment of allowances by the agency.

The staff revealed that the agency had refused to pay them their salaries and allowances with no “tangible reasons”.

They said that despite the non-payment of salaries, they were being made to resume to the office and do daily tasks as well as respond to emergencies.

In a circular on October 14, 2020 and signed by Agholor Michael for the Director, Finance and Account of the Federal Fire Service, the agency also said that other agencies were also suffering the same fate, adding that efforts were in place to resolve the non-payment.

“This is to inform the personnel of the service that the delay in the payment of September 2020 salary was due to the insufficient funds in the Federal Fire Service personnel cost head just like other MDAs.

“Consequent upon the above, relevant agencies have been contacted and efforts are in top gear to resolve the issue as soon as possible,” the circular reads.

The staff of the agency, however, debunked the claim of the management that other agencies were not being paid.

“We are under the Ministry of Interior together with Nigerian Correctional Service and the Immigration Service and those two MDAs were paid for September and are receiving October payment,” the staff said.

FCB were held a draw in their last Bundesliga outing, seeing Borussia Dortmund close the …