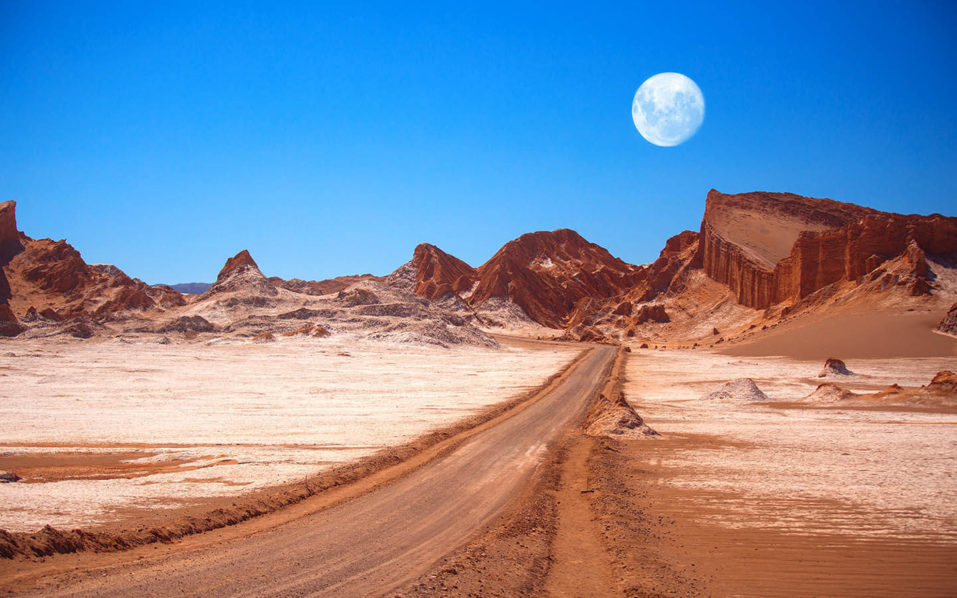 Whenever we think of a desert, we only think of water in terms of survival in that extremely dry expanse of land. We don’t imagine a desert being near a vast body of water such as the ocean.

Below are two deserts that are “neighbours” with the ocean:

Namib Desert
Along the Atlantic coasts of Angola, Namibia, and South Africa stretches the extra-ordinary Namib desert; a coastal desert where the desert literally kisses the Atlantic ocean.

Because the desert has been in a state of aridity for roughly 55-80 million years, it is considered one of the oldest deserts in the world. In 2013, the desert was granted a World Heritage status by UNESCO.

Namib Desert is not suitable for human inhabitation. However, a number of living beings such as ostriches, antelopes, rodents and birds have managed to adapt to this desert.

Namib desert features Namib-Naukluft National Park dubbed “Africa’s Super Park” by National Geographic. The park is the largest game park in Africa and the fourth largest in the world.

The park contains a surprising collection of creatures who manage to survive in the hyper-arid region, including snakes, geckos, hyenas, and jackals. Some of the highly specialised desert dwellers include the Welwitschia plant, considered a living fossil, and the fog-basking beetle.

The most prominent attraction in the park is Sossusvlei, a salt and clay pan surrounded by high red dunes, located in the southern part of the Namib Desert.

Sossusvlei is one of the most photographed places in Subsaharan Africa due to its fascinating landscapes. The area has been used as the setting of a number of music videos and films such as The Cell (2000)

Atacama Desert
The Atacama Desert is a desert plateau in South America covering a 1,600 km strip of land on the Pacific coast, west of the Andes Mountains.

Because of its high altitude, nearly nonexistent cloud cover, dry air, and lack of light pollution and radio interference from widely populated cities and towns, Atamaca desert is one of the best places in the world to conduct astronomical observations.

Atacama Desert is often used for Mars expedition simulations by National Aeronautics and Space Administration because of its otherworldly qualities.

Some of the other attractions include:

Los Flamencos National Reserve
This gorgeous nature reserve includes a number of the Atacama Desert’s most impressive sights, including the Miscanti, Miñiques, and Chaxas lagoons and the Salar de Tara and Salar de Aguas Calientes salt flats. The reserve gets its name from the bright pink flamingos that have made the lagoons home.