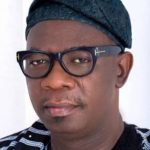 The Deputy Governor of Ondo State, Agboola Ajayi has denied reports making the rounds that he is set to resign this week describing the rumour as a figment of the imagination of the writers.

Ajayi who distanced himself from the speculation in a statement signed by his Media Adviser, Allen Sowore, in Akure on Tuesday dispelled the rumour and accused Governor Akeredolu of sponsoring the report.

According to Ajayi, Governor Akeredolu is backing the conjecture through the propaganda machinery and machinations of Ondo State Ministry of Information as a subterfuge in preparation for a macabre plan to put his (Ajayi’s) forged signature on a prepared resignation letter.

The statement by Ajayi reads: “The news that Ondo State Deputy Governor, Agboola Ajayi is set to resign this week by some national newspapers is false and a figment of the imagination of the writers.

“The Deputy Governor was elected together with Governor Oluwarotimi Akeredolu SAN by the good people of Ondo State in 2016.

“That four years mandate given to both men will not end until 23rd February 2021.

“The news of his impending resignation is being sponsored by the governor through the propaganda machinery and machinations of Ondo State Ministry of Information as a subterfuge in preparation for a macabre plan to put the deputy governor’s forged signature on a prepared resignation letter.

“The general public should be wary of these latest antics and desperation of the Governor to remove his Deputy by all means and at any cost illegally.

“The people of Ondo State, who voted for Agboola Ajayi as Deputy Governor in 2016 have not asked him to resign or quit the government.”

It added that; “Therefore, he has no reason whatsoever to relinquish the people’s mandate, which of course is limited by term/time, democratically bestowed upon him.”

Klopp hits back at Neville: ‘He should not think I am like him’

Lange disaster: Smith must be fuming over £19m dud who “upsets the balance” at AVFC – opinion