This came after the Lagos State Ministry of Health confirmed that an attendee of the recently held awards’ ceremony tested positive for the virus which means that all other attendees were likely exposed to the novel coronavirus.

“I hereby notify you that all participants at the African Magic Viewers’ Choice Award (AMVCA) held on14th March at @EkoHotels may have come in contact with one of the confirmed cases in Lagos and are most likely to have been exposed to #COVID19 Infection,” the Lagos State Minister of Health said on Twitter.

Following the announcement, celebrities like Banky W and his wife Adesuwa Etomi, 2019 Big Brother Naija winner Mercy Eke took to Twitter to reveal that they are already on self-isolation.

“Mrs W and were already self-isolating since last week.. and here’s the thing… everyone else who attended the AMVCA’s should already have been doing the same,” singer Banky W wrote on Twitter.

“This threat is real. Don’t wait until you know an infected person before you take it seriously. Please.”

“To all of us who attended the AMVCA – please let’s stay indoors. I’m begging you. Let’s be responsible,” Banky wife and actress Etomi also said.

“Edakun. Bubba and I have been indoors for a few days now but it’s imperative that we ALL adhere to the call to self isolate. Let’s not unknowingly put others at risk.”

Big Brother Naija’s Mercy who won the award as the best dressed female celebrity at the awards’ ceremony also confirmed that she has adhered to the instruction to self-isolate. 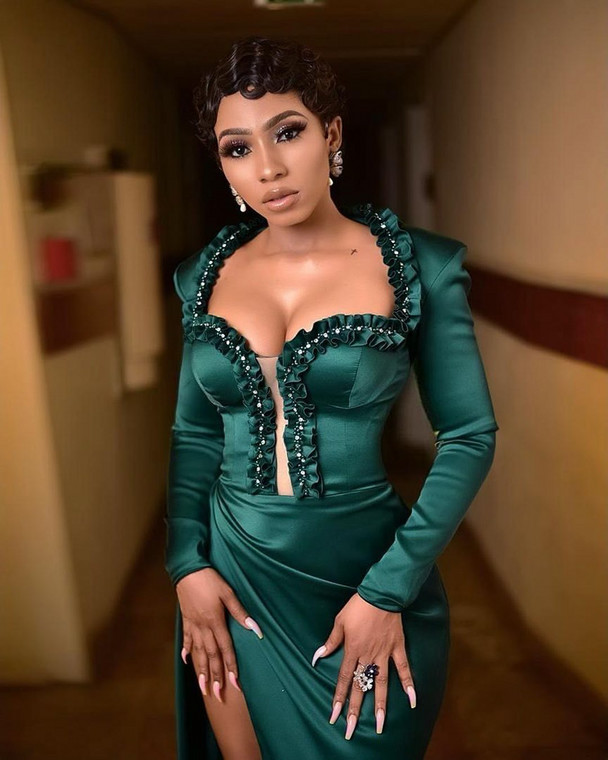 “Already taking this seriously, our health is wealth🙏 let’s all do our best to save our country,” Eke said.

“I just hope this isn’t 10 days too late… But I and a number of people I know have been self isolating since that day. Hopefully many others have as well,” media personality Ebuka Obi-Uchendu who hosted the red carpet show said on Twitter.

The seventh edition of the AMVCA had some high profile attendees that also included the likes of Toke Makinwa, 2baba, Tacha, Dakore Akande among others. 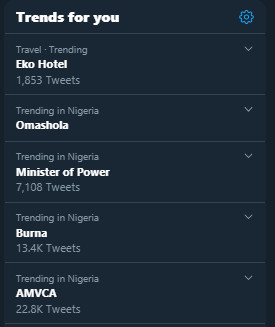 Eko Hotel and AMVCA quickly became trending items on Twitter after the announcement.

Just a few minutes after the announcement from the Lagos State Ministry of Health, ‘AMVCA’ and Eko Hotel were among the top trends on Twitter Nigeria as reactions flooded in.

As the number of confirmed cases gradually increased, there were rumours that a person who had returned from the United Kingdom with symptoms of the COVID-19- the disease caused by the coronavirus- had attended the AMVCA.

There were a lot of speculations about who the person is as media personality IK Osakioduwa who was one of the hosts of the show came out to deny the rumours that he was the person.

So far, Nigeria has over 40 confirmed cases of people who have tested positive for COVID-19.