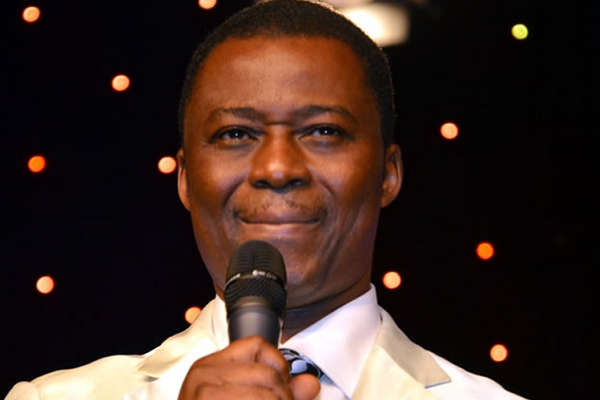 Daniel Olukoya, General Overseer of Mountain of Fire and Miracles Ministries, on Saturday admitted that his former employee stole £150,000 of the church’s funds in the United Kingdom.

According to Olukoya in a statement by his media aide, Mr Collins Edomaruse, the unnamed employee paid the £150,000 Charity’s fund into his personal account and conspired with external auditors to shield the income from discovery.

“Fortunately, all the people that took money illegally are still alive. The genesis of this allegation is that the lease of one of our branches in London contained a clause which stipulated that any party who broke the lease for any reason before its expiration would pay a penalty of £150,000 to the other party. It happened that the owner of the property broke the lease and sold the property to a third party which necessitated the church relocating from the building.

“The property owners honoured their obligation and paid the penalty sum of £150,000 which the pastor of that branch somehow found a way of paying into his personal account without informing the headquarters and conspired with the external auditors to shield that income from discovery. It was much later that a member of that branch brought to the attention of headquarters that such amount of money had been received by the pastor.

“Headquarters immediately set up a panel to investigate the incident and give fair hearing to the pastor concerned. He attended the sitting of the panel and unequivocally admitted the theft. The panel directed him to refund the money immediately. Upon receipt of the report of the panel, the General Overseer issued the pastor an ultimatum in writing to pay back the money within 48 hours whereupon he promised to re-mortgage his house in London to comply,” the statement reads.

But despite admitting to this incident, the MFM General Overseer failed to react or comment on a £1m fraud committed by another employee of the church in the UK as well.

The Charity Commission, an independent regulator of charities in England and Wales, had in a statement seen by SaharaReporters said it found two alleged incidents of fraud by former employees of the church involving significant sums, both of which were not reported until a number of years after the frauds were discovered.

It revealed that while a small percentage of the stolen funds had been recovered, the charity continued to suffer a significant loss.

“The commission has been informed by the trustees that another employee of the charity stole between £150,000 and £190,000 of the charity’s funds.

“Although the alleged theft was discovered by the trustees in August 2015, the matter was not reported to the commission until February 13, 2018.

“To date, the trustees advise the commission that between £6,000 and £8,000 has been recovered by the charity and it continues to suffer a significant financial loss,” the UK charity regulator said.

MFM was also blamed for breaching its governing document by paying three of its trustees.

Although the charity commission did not say, who the three trustees paid were, it clearly, however, said it had serious concerns about how the chairman of the trustee handled serious incidents.

For exposing these infractions, the MFM General Overseer had threatened to initiate fresh legal suit against SaharaReporters.