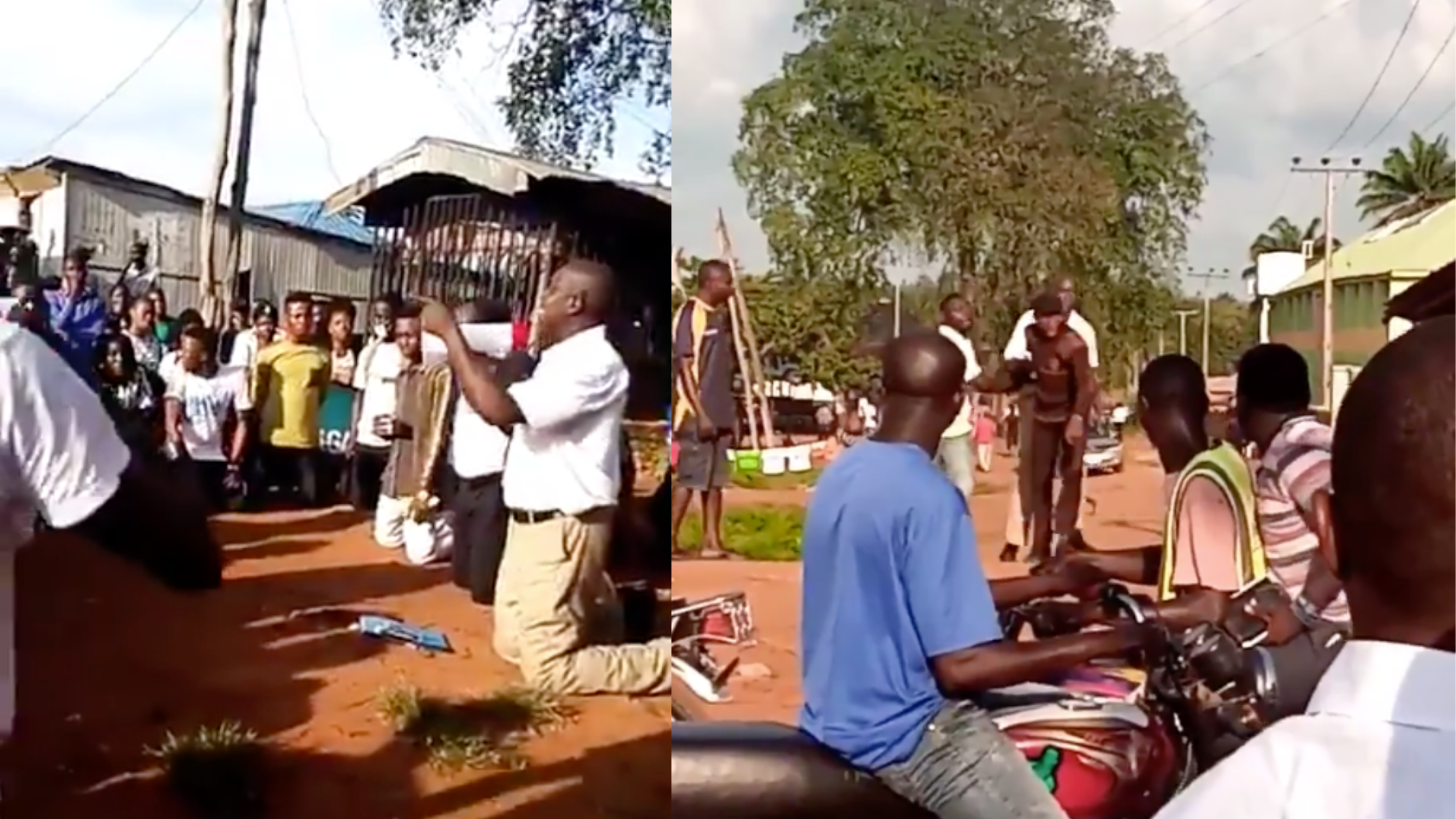 One of the victims, David Sanda explained how the Thugs disrupt their prayers, tore the Nigeria flag they were holding and their banner with the inscription “Lord, heal our land.”

The Thugs had earlier warned them to leave the road and stop the “Prayer Walk” claiming that Anyigba is not a Christian community.

After a series of advice from the state CAN Chairman, the victims went to a nearby Dunamis Church to continue their prayers but the hoodlums led by the SSA on security in the community, Ishaq Okolo jolted into the Church auditorium, beat the church leaders and other church members in the auditorium, destroyed several plastic chairs, broke the windows of the church and stab the security of the church.

One Pastor Silas was adopted by the thugs but was later released.

Detention of Ndume while Abaribe is free is injustice —Arewa Youths

2023: Gov Umahi opens up on contesting presidency, reveals how PDP can shame him

Ebonyi State Governor, David Umahi has opened up on the speculation that he may contest …