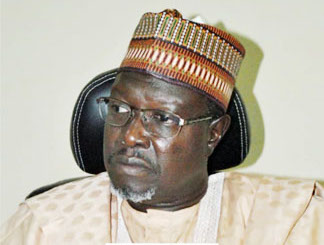 The unearthing of fake academic credentials paraded by officials in some government agencies has taken a new twist in the National Examinations Council headquarters, Minna, Niger State.

Investigations have revealed that moral corruption from highest quarters has been used to shield some indicted but favoured officials from dismissal, a punishment meted out to those found guilty.

SaharaReporters learnt that the examination body dismissed 70 of its officers in November 2019 and another 19 in February 2020 and about 17 in October 2020 for presenting forged and fake certificates of educational qualification to the council.

However, the exercise was fraught with injustice and fraudulent practices as it was discovered that while about 106 officers were dismissed for the offence, two close associates of the then acting Registrar, Abubakar Gana, were shielded and spared from investigation and dismissal over the same allegation.

One of those shielded is Jacob Samuel Ekele, current Director, Finance and Account Department of the council at the headquarters in Minna.

A top source in the organisation knowledgeable about the investigation, revealed that Ekele, with staff number P.499, presented two Ph.D certificates to the council in 2002 and 2017.

The two certificates were allegedly obtained from two American universities, but after using the certificates to gain promotion and undue advantage on the job, he suddenly disowned the certificates when effort was made in 2017 to verify the qualifications from the awarding institutions.

“To this day, staff of the council still address him as Dr Ekele despite his recent frantic efforts to remove the academic designation “Dr” from his name.

“In any case, a lot of official correspondences already exist to prove that he truly deceived the council with fake Ph.D certificates,” said the source.

Further discoveries showed that Ekele joined the service of NECO in 1999 as Principal Examination Officer with curriculum vitae and entry qualifications that did not include any Ph.D at the time.

The letter was personally collected and signed by ‘Dr’ J.S Ekele, and not Mr J.S Ekele on 18th of June 2002; and he immediately updated his curriculum vitae to reflect his new qualification and title and filed same on page 31 of his official file in August 2002.

A source said, “From 2002 to 2019, the said doctorate certificate gave Ekele undue advantage in all his promotions from PEO to his present controversial rank as Director, Finance and Accounts.

“On 25th February, 2017, Ekele forwarded through his director, Mr Abubakar M. Gana, additional certificates, which he alleged to have been initially omitted, via letter he wrote two days earlier.”

Among the allegedly omitted certificates that were forwarded was another Ph.D certificate in Business Administration (Marketing) purportedly from ‘Our Saviour University of America’ issued on 17th June, 2004.

“Meanwhile, there was no record of Ekele ever applying for approval to undertake the study or a letter forwarding the certificate to NECO or a letter of recognition from the council.

“There was also no evidence that this particular letter was forwarded to the Registrar by Mr Abubakar Gana. Evidently, it was sent directly to Human Resources Department without approval by the Registrar.

“On 24th July, 2017, Ekele for some strange reasons, forwarded another letter dated 21st July, 2017, in which he cleverly excluded the Staton University’s Doctor of Philosophy in Banking and Finance, but listed the newly submitted Ph.D in Business Administration from ‘Our Saviour University of America’.

“He also indicated that he was pursuing a Ph.D programme at Kogi State University, Ayingba. Up to this time, he signed the letter as Dr Jacob S. Ekele (FCNA),” the source continued.

In 2017, NECO  profiled Ekele for the position of Director of Finance and Accounts Department and he was asked to supply the postal address of foreign academic institutions he attended to enable the vouncil reach out to the universities.

In a dramatic twist of events, Ekele responded with a letter dated August 1, 2017, that, “My CV and all these correspondences does not contain Ph.D in Banking and Finance from Staton University, Tampa, Florida, USA as stated by you.

The source added that “this was how Ekele suddenly denied on August 1, 2017 that he holds a doctorate degree from Staton University, Tampa, Florida, USA. He was equally silent about his Ph.D from our Saviour University of America as he did not supply the Council with their postal address.

“Meanwhile, copies of the said certificate and related evidence were said to be on pages 25 to 34 of his official file.

“As soon as the council started screening out officers with fake certificates in October, 2019, Mr Gana (who had become acting Registrar) was said to have directed the removal of the ‘Dr’ title from Ekele’s name on all official documents and Ekele equally stopped using the title in all official correspondences.”

SaharaReporters gathered that the making of Jacob Ekele as Director of Finance was as fraudulent as his Ph.D certificates.

Ekele, who trained as Business Studies teacher, was employed as examination officer in Examinations Development Department not Account Officer.

He has never worked in finance and account department all his life.

He rose from principal examination officer to deputy director examination in 2011 only to use the influence of the Permanent Secretary, Federal Ministry of Education to forcefully gain lateral conversion from Deputy Director Examination to Deputy Director Finance and Accounts in 2018 without losing even a step.

“Ekele only spent few months in the Finance Department before being made Acting Director in the same 2018 and a director in 2019.  One is therefore not surprised to see the financial mess perpetrated by Mr Gana and Ekele from  May 2018  to May 2020.

“That even his promotion alongside two other directors in 2020 was equally fraudulent as they were awarded arbitrary promotion examination scores without actually writing the examination. Yet, the Dr Sadiq led board did not see anything wrong in giving separate approval several months after the approval and release of the 2019 promotion list. The council could as well be prepared for more dissents from staff should such injustices and fraudulent practices be left unattended,” the source added.

Where’s Buhari? Is That a Body Double in Aso Rock?

Uganda: We Shall Remove This Govt By Voting or Not – Besigye

A formal finish to the Class of 2020’s turbulent year

Militao thrown in at the deep end against Alaves