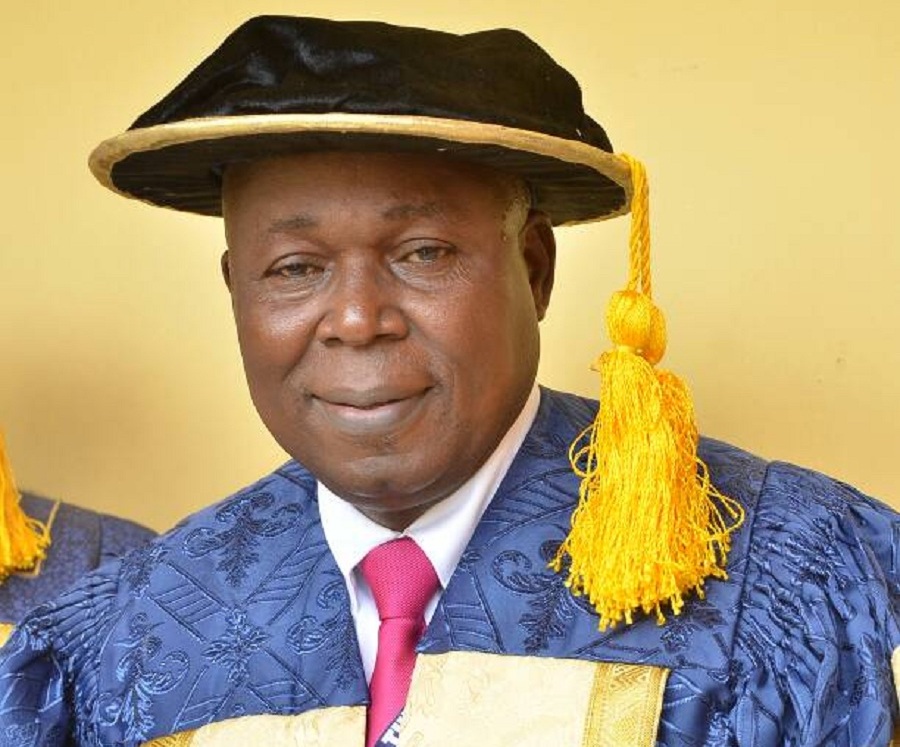 Known for impunity and flagrant disregard for rules and regulations guiding the polytechnic system, Prof Emmanuel Adedayo Fasakin, Rector of the Federal Polytechnic, Ile-Oluji, Ondo State in July 2020 embarked on massive recruitment of staff for the institution without appropriate approval from the Nigerian Government.

SaharaReporters gathered that Fasakin had in the first quarter of 2020 applied for a waiver to recruit staff but was turned down by the Nigerian Government.

Not satisfied, the Rector single-handedly recruited 40 staff illegally, with about 10 of the recruits from his Omuo-Ekiti home town in Ekiti State and none from Ile-Oluji/Okeigbo, the polytechnic host community, documents seen by our correspondent showed.

According to the polytechnic laws, recruitment of staff requires approval of Ministry of Education, supervising board or commission, budget office, Accountant General office, economic planning, Federal Character Commission before advert could be placed.

But in FEDPOLEL case, there was no advert, no interview, just compilation of names by Fasakin.

It was learnt that the Rector used several slots to settle staff of IPPIS for necessary cooperation towards illegal capturing and integration of the recruits into the IPPIS payment platform.

“He has been boastfully telling people that he has pocketed EFCC and ICPC, where he claimed to have two professor friends and already assigned reasonable number of slots to them. This he said was to quench the series of petition already submitted to these agencies regarding falsification, maladministration and financial misappropriation against him,” a source told SaharaReporters.

The 40 recruited staff, it was gathered, have been receiving salaries from July 2020 to date.

A critical look at the appointment letters issued to the recruits looked fraudulent.

Checks by SaharaReporters showed that the appointment letters were written in June 2020 but dated 18th February, 2020 and signed by a personnel officer and not the Registrar or a Deputy Registrar of the institution.

“When the former Registrar, Mr Felix Adetula, was approached with the copies of the appointment letters written on the 18th of February, 2020, the period that falls within his stewardship with the polytechnic, having served the polytechnic as a pioneer Registrar between 1st of April 2015 and 31st March 2020, he debunked the claim about the recruitment exercise while he was in office. He said  no such recruitment ever happened and that he personally signed all appointment letters while in office. Could the exercise be a scam or could there be financial returns from the recruits? One begin to wonder about the recent development at the young polytechnic, When Mr, Adetula said he was the secretary to the council and no issue of recruitment was discussed at the council in the last one year.

“He said the minutes of all the council meetings are available for anybody to see for any clarification. He admitted that there were plans  to recruit staff and that the due process was on going  but that government declined them waiver meaning they have to wait for three years before they can recruit staff again having recruited in 2015 and granted waiver to recruit again in 2017. The new Registrar Mr Bobola could not be reached for comments and clarification.

“The big question is how can a Rector commit date falsification on an official document meant for public consumption? Can we say that date falsification has become a way of life for Prof Fasakin? The recruitment exercise was carried out in June 2020 during the lock down period after the Federal Government had placed embargo on recruitment by MDAs due to the negative economic impact of the COVID-19 pandemic on the budget of Nigeria for the year 2020, Why must 18th of February 2020 be dated on the letter of appointment rolled out in June 2020. One begin to wonder the mentorship process our professor must have gone through and the legacy he hope to leave behind at the polytechnic when he lives.

“The biggest fraud is what is written in the first paragraph of the appointment letters which he put down as follows: “I write on behalf of the council of the Federal Polytechnic, Ile-Oluji….” Which according to Mr Adetula , is a fraud of the highest order in government service – lying against the council. The secretary of council said that council never consider recruitment of staff in any of their last three meetings, and according to him council meets quarterly and that only approval of the appointment of the three principal officers namely the Registrar, the Bursar, and the polytechnic librarian were considered on the 28th February 2020, when council met before the COVID-19 pandemic lock down. And as the secretary to the council he personally wrote their appointment letters on behalf of the council and signed.

“The appointment letters were signed by a personnel officer Mr. R.O. Adebayo for the Registrar, a council letter given to a personnel officer to sign! This can only happen when someone is standing in for the Registrar –meaning the Registrar is indisposed. This is administrative error of the highest order. What foundation is the management laying for the future of the polytechnic? For the rector to have written the letters with his own letter head shows he has become an absolute dictator hijacking the function of the registry.

“Has everybody been cowed by the Rector that no one can say no to what is wrong? The government should know that there is a big problem in the polytechnic. Nobody knows who must have sold the idea of regularization of appointment to the Rector an arrangement that has since been abolished by the government and replaced with due process. Two issues here, one due process was not followed and two, there was embargo on recruitment which made the process illegal,” a source told SaharaReporters.

Share
Previous Another Nigerian-American, Nnamdi Chukwuocha wins legislative seat in US
Next Nigeria Getting Power Sector That Can Provide Quality Service To Consumers, Says Osinbajo

Maina: How Senator Ndume got bail after 5 days in prison