Coronavirus: Schools across UK to shut down from Friday 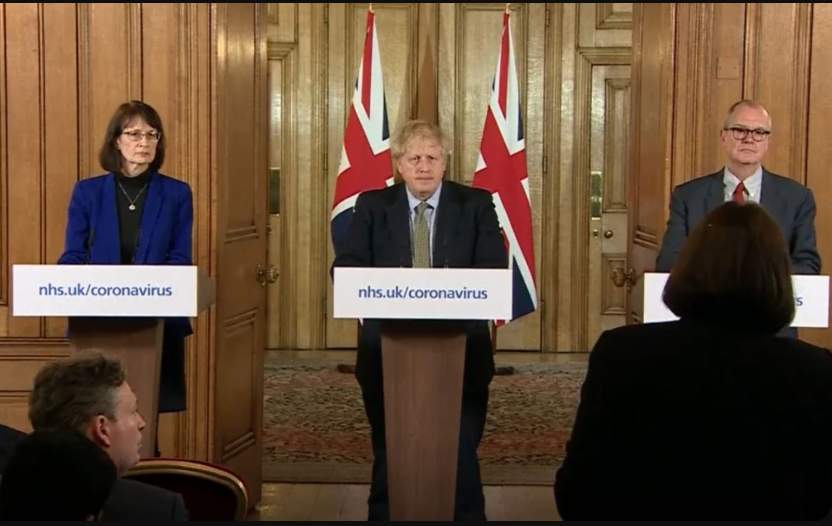 The UK government will shut all schools in England as a result of the coronavirus pandemic in other to contain the disease at the “right time”. Speaking at the government’s daily press conference on Wednesday, UK Prime Minister Boris Johnson said: “Looking at where we are now, we think now that we must apply further downward pressure on that upward curve by closing the schools.” “So, I can announce today … that after schools shut their gates from Friday afternoon, they will remain closed for the vast majority of pupils until further notice.” “This does mean that exams will not take place as planned in May and June, though we will make sure that pupils get the qualifications they need and deserve for their academic career,” Johnson said. But the PM refused to rule out locking down the whole of London or even restricting people’s movement in public.  “We’ve always said that we are going to do the right measures at the right time,” he said, when asked when the capital will be shut down. He told the country this evening: “We will not hesitate in bringing forward further and faster measures where we think that is necessary… “We rule nothing out.” Also speaking at the press conference, Education Secretary, Gavin Williamson said: “After schools close their gates on Friday afternoon they will remain closed until further notice. “The scientific evidence shows these settings are safe for this small number of children to continue attending. “But asking others to stay away will go towards helping us slow the spread of this virus.” He said “the spike of the virus is increasing at a faster pace than anticipated” which is why the PM had to rapidly change course. Mr. Williamson said he recognised it was a “testing time for the whole nation” but stressed that “we will be directly saving people’s lives”. The news comes shortly after Wales, Northern Ireland and Scotland announced their schools would close from Friday.  As of Wednesday, the U.K. had more than 2,600 confirmed cases of COVID-19, with 72 deaths, according to Johns Hopkins University data.The post Coronavirus: Schools across UK to shut down from Friday appeared first on Linda Ikeji Blog.Read More