Speaking at a press conference on Monday, he said the Chinese national travelled outside Ghana and returned recently.

The patient was living in the Chirapatre area and started showing symptoms of the virus, but refused to go to the hospital. 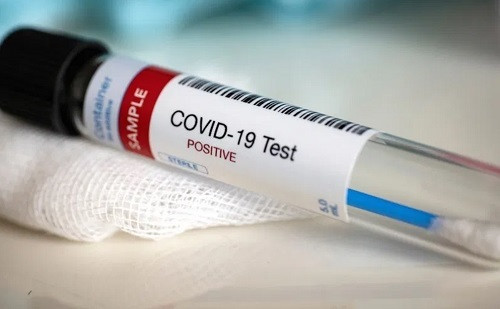 Coronavirus cases in Ghana have risen to 27, with two deaths

This forced some residents in the area to report him to health officials after the symptoms began getting more severe.

Dr Tinkorang said even when health officials approached the patient in his home, he resisted medical assistance and refused to be tested.

It took the intervention of the Ashanti Regional Security Council (REGSEC) with armed security personnel including police and military to forcibly take him to the hospital.

The said Chinese national subsequently tested positive for the coronavirus after being forced to undergo tests at the hospital.

“In fact, this is a person [Chinese national] who had been sick at home and everybody realised that from the signs and symptoms, and from the travel history, this may be one of the conditions,” Dr. Tinkorang said.

“So we [health officials] were alerted and our team went there and then, we realised that, that is the situation but he was still refusing, but we can’t put the public in any danger and for that reason, we had to call REGSEC [and] the security agencies to support us to convey him to the hospital and truly when we tested, he was positive.

“So you know that in situations like this, though human rights and other confidentiality issues are very important, but public health is also the key, so if you are not conforming to the public health principles, we have to apply all force.”

Meanwhile, the confirmed number of Coronavirus cases in Ghana has now increased to 27, with two deaths recorded so far.

Brisbane food and culture thrives behind doors during pandemic

Classic novels in the time of novel coronavirus

No Coronavirus in Ondo, says govt

From Osagie Otabor, Akure   Ondo State government has said there is no confirmed case …