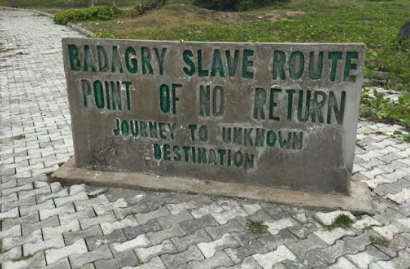 Point Of No Return | Image: tripadvisor

“The highest numbers of slaves from Africa were Nigerians as 41.4 per cent of the slaves were from our ports in Calabar and Badagry, while the remaining 59 per cent were from the other coastal regions in Africa”– Mr Joseph Ejukwa, Principal, Slave History Museum, Calabar

At the museum, the tour guide will take you on a trip through 8 galleries all named for different periods of the slave era.

The ‘Introductory’ Gallery – This gallery is the first one you come to just as you enter the museum. There is a statue of a man with broken chains with a ‘Freedom at Last’ expression on his frozen face. A big book containing pictures that show some parts of Nigeria’s history is located just on a table in a corner in this gallery.

The ‘Capture’ Gallery – It houses and displays chains, mouth muzzles. There are pictures hanging that show real-time frames of captured humans in these gadgets of captivity.

The ‘Equipment’ Gallery – This gallery houses the original safe used by the colonial masters of the house before they left. It is said there are still documents, money and other important files remaining in the safe till date.

The ‘Resistance & Punishment’ Gallery – In this gallery, you will notice what seems like a display of love between a dog and a human lying on the floor. On closer look (and with the tour guide’s narration), you will come to understand that the dog is trying to bite off the throat of the human who is a slave trying to escape or is being punished for any number of reasons.

The ‘Industry’ Gallery – Shows the barracoons that housed the captured humans awaiting slave dealers from over the seas. A ship surgeon inspects every slave its ship wants to purchase. The sound and fit slaves are separated from the unfit who they call Makrons. After he declares a slave fit enough to be bought, the slave is branded (stamped) with the initials of the slave dealer or nationality to ensure slaves are not mixed up when they arrive in their destinations.

The ‘Integration’ Gallery – Shows the way the slave dealers absorbed/adapted the slaves into their new environment. You will see clippings showing live auctions & shippings.

The ‘Abolition’ Gallery – In here, you will see the people who fought for the end of slavery. 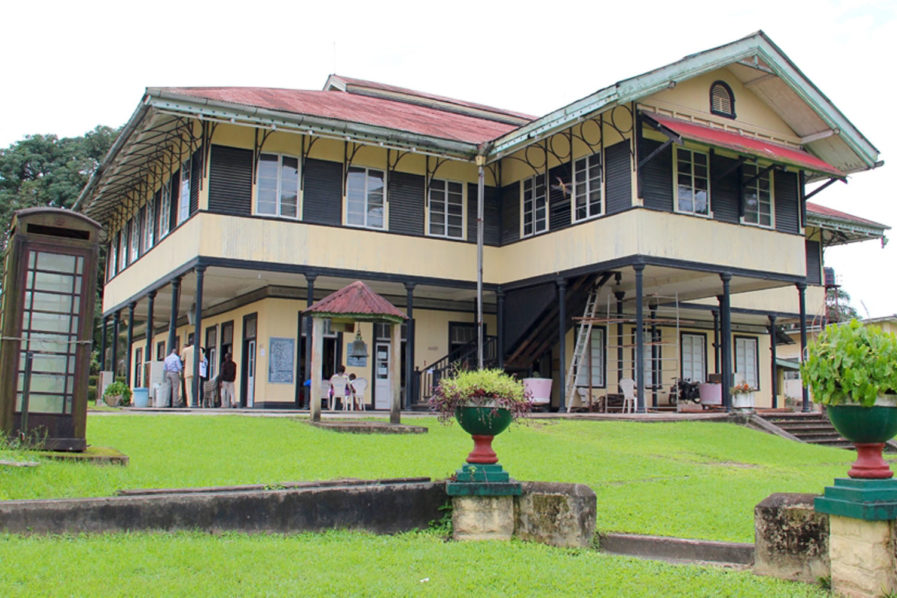 Old Residency Calabar
Originally known as the government house, it was prefabricated in Britain in 1884 and erected at Calabar. The building was the seat of the British colonial administration for the Southern Protectorate of Nigeria. The building and its compound were declared a National Monument (No. 20) in 1959 and was renovated by the National Commission for Museums and Monuments in 1986.

Oba Overamwen of Benin was deported to Old Calabar in 1897 and detained in the same building, where he died.

The colonial building houses the world’s largest quantity of original Nigerian artefacts and documents as well as an exhibition of the slavery trade.

Calabar used to be Britain’s busiest trading post: almost one-third of the total number of Africans the British abducted from the end of the 17th century until the abolition of slavery in 1807 was shipped from here. 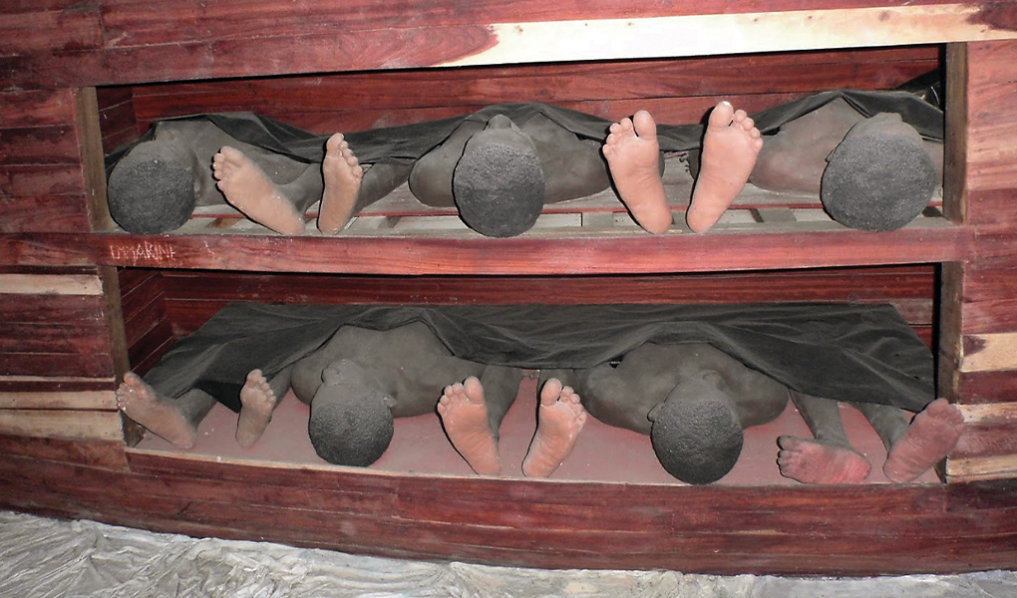 A ship filled with ancestors during the slave trade at the Slave History Museum, Calabar | Image: World News Group

Slave History Museum
Established in 2007 on the site of a fifteenth-century slave-trading warehouse, the slave history museum exhibits detailed objects of the slave trade including chains, shackles, the Esuk Mba Slave Market where ancestors were sold to merchants by barter. You’d have an almost real encounter with the pains of slaves as the museum shows the arrangement of slaves in a ship, the objects used as barter including copper bars, dame guns, glutes and brass bells.

Share
Previous Nwaoboshi Vs Lauretta Onochie: ‘I have a right for oversight functions’
Next Kogi: Secrets of Bello’s triumphs

COVID-19: Only Private schools that meet laid down protocol will resume -Ekiti govt